All About PCB Capacitors and Identifying Transformers Having Them

What Is A PCB Capacitor?

PCB capacitor and normal capacitor types behave alike as a capacitor is made up through 2 metal objects that are separated through non-dielectric materials. Thus, the combination of pads, PCB tracks, pins and components form capacitor that can destabilize frequency oscillation. Power and close ground plane provide the needed decoupling capacitance. Capacitors can be used on the PCB edge, and all you require is two copper planes for acting like capacitors. Also we can have discrete capacitors alongside PCB ones that act like lumped capacitors ideal for creating distribution system for the design. 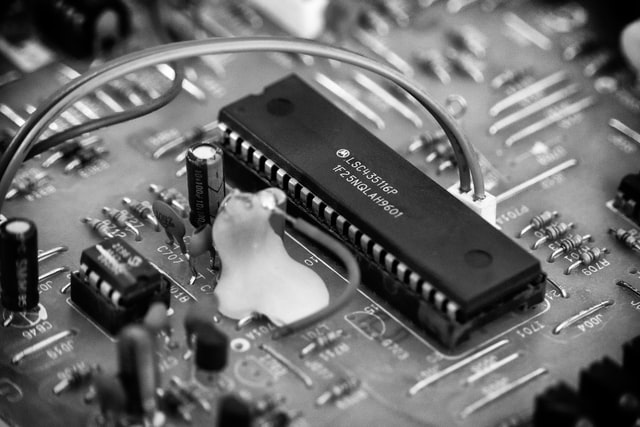 Understanding Capacitors and How they Work?

In a way, capacitor can be thought of as small battery. However, the working between both of these is quite different, batteries and capacitors store electrical energy. If you've read about the work of batteries, you'll know that two terminals are present in the battery. Inside battery, electrons are produced on a single terminal through chemical reactions and then they get absorbed on other terminal.

Compared to a battery, the capacitor is quite simple, as it does not produce new electrons, but it only stores them.

Here, we'll learn what is a PCB capacitor, what it does and how it can be used in electronics.

Inside the capacitor, the terminals are able to connect two metal plates that are separated through non-conducting, or dielectric substance. It is simple to make capacitor from two aluminum foil pieces along with a piece of paper. It isn't a good capacitor for the storage capacity but it works fine.

Also in theory, dielectric is non-conductive substance. However, for the practical applications, there are certain materials ideal for the function of capacitor. Ceramic, cellulose, mylar, porcelain, Teflon, mica are a few used non-conductive materials.

By dielectric we mean the type of capacitor and what is suited for. Depending on the type and size of dielectric, many capacitors work better for high frequency use, while others are great for applications involving high voltage. Capacitors are ideal for serving different purposes, from little plastic capacitor in calculator to the ultra - capacitor which is ideal for powering one commuter bus.

When you connect battery with a capacitor, here is what can happen:

After getting charged, a capacitor and a battery have same voltage of 1.5 volts. The capacity gets small with smaller capacitor. But, the larger ones can have lots of charge. Capacitors can be of the size of soda cans with enough charge available for lighting a bulb for more than one minute.

Let's assume that you use a capacitor like this:

You have a light bulb, a capacitor and a battery. When the capacitor is quite large, what you'll notice that when connecting the batter, the light bulb lights up when current flow is from battery to capacitor for charging it. The bulb progressively gets dimmer and goes out finally after the capacitor has reached it maximum capacity. After using a wire instead of the battery, the current flows from a capacitor plate to other. Also the bulb initially lights and then dims when the capacitor gets discharged, until it gets totally out.

Many types of capacitors are out there, and each of these is available with certain features or drawbacks making it better for a few applications compared to others.

These are among the most common capacitors out there. In size and capacitance these are quite small. Ceramic capacitors larger than 10&#2013265922;F are not easily available. Surface mounted ceramic cap can commonly be found in tiny 0402, 0603 or 0805. Through-hole caps generally appear similar to small bulbs, with 2 protruding terminals.

Compared to equally popular electrolytic caps, the ceramics are quite ideal capacitor (low leakage currents and ESR, but the little capacitance is limited. These are also least expensive options. These caps are suited well for higher-frequency decoupling and coupling applications.

When you're looking for capacitors that are made for storing energy, you don't have to look further than super capacitors. All these caps are designed uniquely to have higher capacitances, in farads range.

While they're storing huge charge, supercaps are not able to deal higher voltages. The 10F supercap can only get rating of around 2.5V max. Super capacitors have the main application of storing and also releasing energy, such as batteries, which are main competition. While the supercaps don't hold a lot of energy like the equal sized battery, they release it quite faster and typically they've got longer lifespan.

More than 80% capacitor types are ceramic and electrolytic capacitors, and supercapactiors are only at around 2% usage, but they're good!). Another common type of capacitor is film capacitor, which can feature parasitic losses (ESR) for making them deal with high current.

Other less commonly known capacitors are there. Variable capacitors also produce multiple capacitances, making them a fine alternative for the variable resistors to tune circuits. PCBs or twisted wires also form capacitance (which is sometimes undesired) as each of these consist of two conductors which gets separated through insulator. Glass jar surrounded and filled through conductors are O.G. of capacitor family.

How to Select Capacitors for PCB

The requirement of PCBs (polychlorinated biphenyls) was as dielectric fluids for central transformers along with capacitors due to their ideal chemical-physical properties. Here we've listed the guidelines for identifying electrical equipment which is contaminated through PCB. Due to this purpose, it is good to differentiate large groups: fluids of "pure Askarel" type along with contaminated PCB fluids.

The PCB congeners concentrations in Askarel fluids exceed 40%. This means they've got up to 400,000 ppm PCB. There ways can be used for identifying these: through age, identification plate along with fluid density.

Generally, it is simple to know about a capacitor or a transformer through analyzing identification plate data:

Tredi Argentina also knows about Askarel presence through transformer cooling system; for letters are for identification of external and internal cooling system. For Askarel fluid transformers, first letter was L, meaning that the "liquid with flash point can't get measured".

In Askarel-cooled condensers or capacitors, the plate also indicates it has non-inflammable impregnating synthetic fluid. Electric equipment use with PCB capacitor was required in many facilities like industrial plants, mining sites, along with hospitals, as in fires, they don't easily burn.

The electrical equipment's age is another way for finding pure Askarel as cooling fluid. Capacitors and transformers designed before 80s have higher possibility to have Askarel as dielectric liquid.

Tredi Argentina uses the method for quick determination at the time of PCB capacitor exports. Askarel fluids relative density is from around 1.3 to 1.54 (being water = 1), therefore these are quite heavy compared to water. With the right personal protective equipment, an askarel was there with disposable pipette poured into test tubes with the water. Askarel drops got deposited at the tub bottom through its density.

Because of accidental contamination in electrical maintenance work, it is possible to get dielectric mineral oil transformers or the PCB contaminated silicon. The process is also known as "cross-contamination". The cross contamination gets produced either through direct contact or through use of elements and accessories of the PCB capacitor containing equipment, thus transferring contaminant to dielectric oil.

For this case, there isn't any way of identifying PCB-contaminated transformer through the age or plate; as the only possible way is oil analysis. Different analysis is on market, and the precise one is gas chromatography with electric capture (GC-ECD). The colorimetric kits are usable for quick determinations along with equipment calculating PCB concentration in sample through electrochemical detection along with measurement of concentration of chloride ion.

So by now we know what is a PCB capacitor? It is obvious that capacitors store energy and it is among the different applications for supplying energy to circuit, similarly to any battery. The issue here is that capacitors have low energy density compared to batteries as they can't pack much energy similarly to the equally sized chemical batteries (with narrowing gaps!). Capacitors upside was that they typically lead longer lives compared to batteries making them better environmental choice. Also they're quite capable of delivering energy faster when compared to a battery. This makes them ideal for applications that require short and high bursts of power. The camera flash can get power from capacitor (probably battery charged). BTW, if you want to learn how to desolder PCB capacitor, check this useful guid here.

Also note that decoupling provides near reservoir with energy for smoothing out the voltage whenever you get charge in drawn out current. Also it is common for power supply to take up a little time prior to voltage response due to inductance. Therefore, decoupling cap has duty of closing gap. The cap must be close to digital chip for doing this. Otherwise, leads inductance easily gets in way while making it quite difficult for additional current to quickly get delivered.

Next article:What is A PCB Mount Transformer
Previous article:An Overview of Circuit Board Diodes