A printed circuit board (PCB) is the board base for physically supporting and wiring the surface-mounted and socketed electronic components in most electronics. Components (e.g. capacitors, resistors or active devices) are generally soldered on the PCB. Due to decades' development, PCBs have been constantly contributing to the improvement and progress of people's modern life.

PCBs can be classified into different categories according to different classification standards. Based on the number of layers, PCBs can be classified into single-layer PCBs (also called single-sided PCBs), double-layer PCBs (also called double-sided PCBs) and multilayer PCBs (such as four layers board, twenty-four layers board etc.). Based on the rigid-flex properties of the substrate material, PCBs can be classified into rigid PCBs, flexible PCBs and flex-rigid PCBs. Based on application fields, PCBs can be divided into low-frequency PCBs and high-frequency PCBs. With the development of technology and the advent of new substrate, some special types of PCBs come into being, such as metal core PCBs, high frequency PCBs, high-TG PCBs, etc. Each type of PCBs is applied in different fields owing to their advantages together with consideration of their disadvantages.

As the most fundamental type of PCBs, single-layer PCBs contain only one layer of substrate or base material whose one side is covered with a thin layer of metal, copper for most times due to its excellent conductivity. Outside copper is a layer of solder mask that plays a protective role in PCB and silk screen coat is outermost. The structure of a single-layer PCB is best shown in the image below. 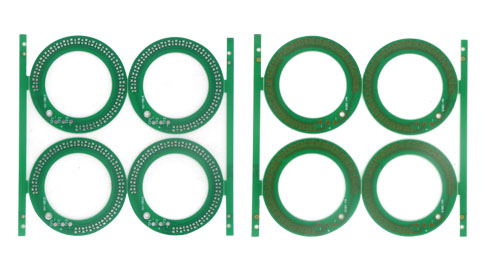 Advantages of single-sided PCBs include:

For engineers or hobbyists who need single-layer PCBs for simple projects, you can try to make PCBs at home or in your own laboratory with fundamental tools. However, you should rely on reliable PCB manufacturers when working on advanced projects or products requiring high quality and excellent performance.

Single-layer PCBs have a relatively wide field of applications ranging from power supplies, relays, sensors and LEDs to calculators, printers, coffee makers and electronic toys. However, single-sided PCBs feature some performance limitations deriving from EMC, EMI, density etc. In terms of complex circuits, it's double-layer PCBs or multi-layer PCBs that should be depended on.

Double-layer PCBs, also called double-sided PCB, can be regarded as the most widely-used type of PCBs, allowing for the routing of traces around each other by jumping between a top and bottom layer through vias. Different from single-sided PCBs that have only one conductive layer, double-layer PCBs have two conductive layers that are placed on both sides of substrate and so are components.

Vias or holes connect both sides of boards through two methods: through-hole technology and surface mount technology (SMT). Up to now, SMT is more popular as it allows more circuits to be attached to board with space saved, weight reduced and manufacturing speed increased.

Therefore, advantages of double-layer PCBs can be summarized into the following aspects:

• An increase of circuit density;

• Reduction of board size.

Multi-layer PCBs further increase the complexity and density of PCB designs by adding additional layers beyond the top and bottom layers seen in a double-sided configuration. They can be regarded as expansion of double-layer PCBs. With the availability of over thirty layers in multilayer PCBs configurations, multi-layer PCBs allow designers to produce very dense and highly complex designs. Quite often the extra layers in these designs are used as power planes, which supply the circuit with power also reduce the electromagnetic interference levels emitted by designs. Lower EMI levels are achieved by placing signal levels in between power planes. It's also of note that increasing the number of power planes in a PCB design with increase the level of thermal dissipation a PCB can provide, which is important in high power designs. Similar to double-layer PCBs, components on multi-layer PCBs are interconnected with each other through holes or vias as well. 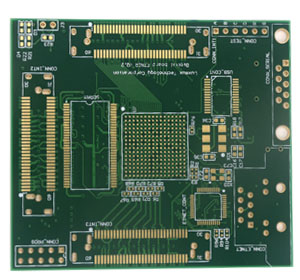 Advantages of multi-layer PCBs include:

• Reduction of board size and weight;

• Higher level of density and flexibility;

• Better at dealing with interference.

Based on the merits mentioned above, multi-layer PCBs are applied in products asking for high technology and precision or those with higher space requirements, like satellites, computers, GPS technology, servers, data storage, signal transmission, X-ray equipment, hand-held devices etc.

Rigid PCBs refer to those whose base material is a type of solid material that cannot be bent, glass fiber for example. Rigid PCBs are typical PCBs now that they account for the majority of boards. 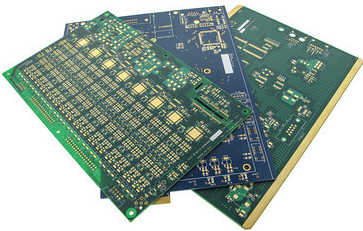 PCBs whose base material is a type of flexible plastic that can be formed to different shapes are Flexible PCBs. BTW, The flexible plastic is usually PI (Polymide resin) or PET (Polyethylene terephthalate).

This kind of PCBs presents the perfect solution to creating reliable and repeatable interconnections between electronics boards. They allow for complicated interconnections to be printed rather than made using discrete conductors. The result is a greatly reduced level of complexity in device assemblies and more reliable operation. Flexible PCB designs can also be very complex, with very high signal trace densities and multilayer configurations available to designers.

Advantages of flexible PCBs include:

• Decrease of board weight with space saved;

• Capable of being confronted with severe environment;

• Product-friendly as a result of its flexibility for desired shape.

The merits of flex PCBs introduced above directly lead to their wide application fields, ranging from aerospace, medical, military devices to equipment that has to work under harsh environment like high temperature, high density etc.

Rigid-flex PCBs allow for the use of flexible PCBs for the majority of a design while protecting a section of the PCB design that is not intended to be bent. This is of great benefit when you want to use a flexible PCB as the basis of your design. Often flexible PCBs are designed to include surface mount devices in a portion of the flexible board. This section will then be reinforced with a rigid backing to protect the ICs from flexing during use. Flexible PCBs are also much lighter and can fit into tighter housing than their traditional counter parts. Using flexible PCBs, three dimensional designs can also be accommodated in a single PCB. When size and weight are a point of emphasis, flexible PCBs are a great starting point. 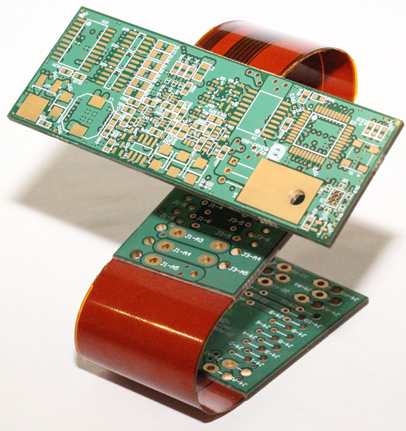 Flex-rigid designs allow for an interconnection flexible PCB to be permanently connected to a rigid multilayer PCB board. This type of configuration is used when a design calls for very complex PCB, but the designer wants to reduce the complexity of final product assembly by including the flexible interconnection PCB in the fabricated PCB. As such, using a flex-rigid PCB allows for the complete design to be ready upon receipt from the PCB fabricator. Flex-rigid designs also allow for the creation of three dimensional designs and can include multiple rigid and flexible sections. 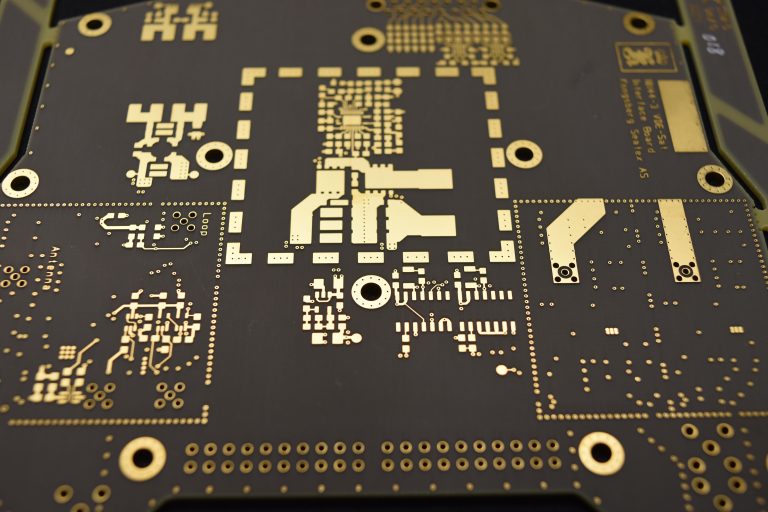 Advantages of high-frequency PCBs include:

Although PCBs can be classified into different categories based on different classification standards, any PCB can never be a pure type of PCBs since actual application environment strives for comprehensive requirement for circuit boards. As a result, a PCB may be totally a multi-layer, flexible, metal high frequency PCB in order to meet specific demands of projects.

PCBAStore provide full range of PCB manufacturing and assembly services to fit all of your printed circuit board capability needs.

Next article:What is HDI PCB? Why?
Previous article:Welcome to Visit Us PCBAStore ——Visible PCBA one-stop shop