What is a ceramic substrate?

A ceramic substrate is a type of material used in the production of electronic components. Ceramic substrates are typically made from alumina, zirconia, or mullite and can be found in different forms such as thin films, sheets, wafers, and more. In addition, other types have their own characteristics that make them suitable for specific applications. This article will discuss the various types of ceramic substrates and their characteristics. This way, you'll be able to decide which one fits your specific PCB requirements. 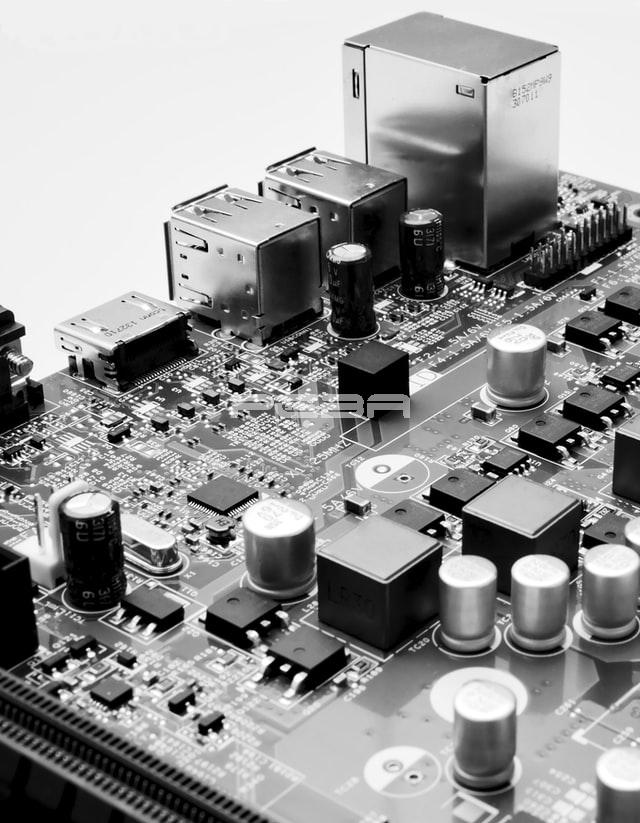 Ceramic substrates are used in several industries such as:

Ceramic substrates are also known as ceramic wafers. They come in many different types, which have their own characteristics and applications. This article will cover the basics of ceramic substrates, what they are, and how they can be used to help your business.

There are several types of ceramic substrates, although two types appear more prominently than the rest. The two main types are:

Generally, the aluminum oxide ceramic substrate appears white in color. It also has a thermal conductivity in the range of 24 W/m.k to 30 W/m.k.

On the other hand, aluminum nitride has a much higher thermal conductivity, ranging between 275W/m.k and 320W/M.K. This PCB substrate is brown in color.

Apart from the above two major categories, ceramic substrates can be grouped in broader categories depending on:

We shall look at both criteria and the types of substrates that fall under each.

a)According to the material used

This classification features the most prominent types of PCB substrate as described above and one more variant.

This is the most common substrate material you'll find in today's printed circuit boards. It boasts an excellent balance of thermal and electrical conductivity when compared to other oxide substrates. This alumina substrate is also reputed for better mechanical strength and chemical stability and is readily available. These properties make it the ideal option for technical manufacturing, especially where various shapes have to be considered.

Manufacturers make their way around the oxide layer formation by producing the materials under tightly controlled processes to maintain a good consistency. This results in a high price associated with the substrate. This high cost seems to be the major setback, but the recent advancements in technology promise to cut down production costs.

Apart from the high thermal conductivity, this substrate has an expansion coefficient close to that of silicon (Si).

Alumina substrates remain the rulers in microelectronics and power module manufacture for the above reasons.

b)According to the manufacturing process

Several substrates can be produced with different production techniques. Such substrates include:

The high-temperature requirement for co-firing tends to limit the metal conductor materials to just a few. High melting point metals that may be used include tungsten, manganese, and molybdenum, among others.

Unlike HTCC, this method requires mixing inorganic alumina powder with between 30-50% glass with an organic binder. The resultant slurry is then scrapped into a sheet to form a thin green embryo once dried. Holes are then drilled through the layer to create signal transmission channels for each layer. The holes are then filled through screen printing, which also prints circuits on the green embryo layers. The common materials used for the internal and external electrodes are gold, copper, and silver.

After printing, the board is then sintered in a furnace at between 850 and 900C.

ALSO KNOWN AS DIRECT COPPER-PLATED SUBSTRATE, DPC method employs professional film manufacturing technology-vacuum technique. The ceramic material is first cleaned and then bonded with a copper composite layer. The structure is then re-exposed and developed with yellow light lithography before etching. After the film is removed, the circuit thickness is electroplated to increase it. The photoresist can then be removed to reveal the completed circuit.

Generally, ceramic substrates have desirable characteristics. These include:

Ceramic substrates are clearly essential to today's semiconductors industry. The various processes used to produce these substrates can adapt to almost any requirement. As the technology keeps advancing, we should expect a higher level of precision during manufacture.