Everything You Need to Know About Circuit Board Traces

PCB is the basic building block of electronic devices. It is the foundation on which other electronic components are integrated into. You can come across different types of PCBs, including simple single-layer boards, multilayer boards, and highly complex high-speed circuit boards. A system of fuses, wiring, insulation, and copper that constitute a circuit board is known as a PCB trace. 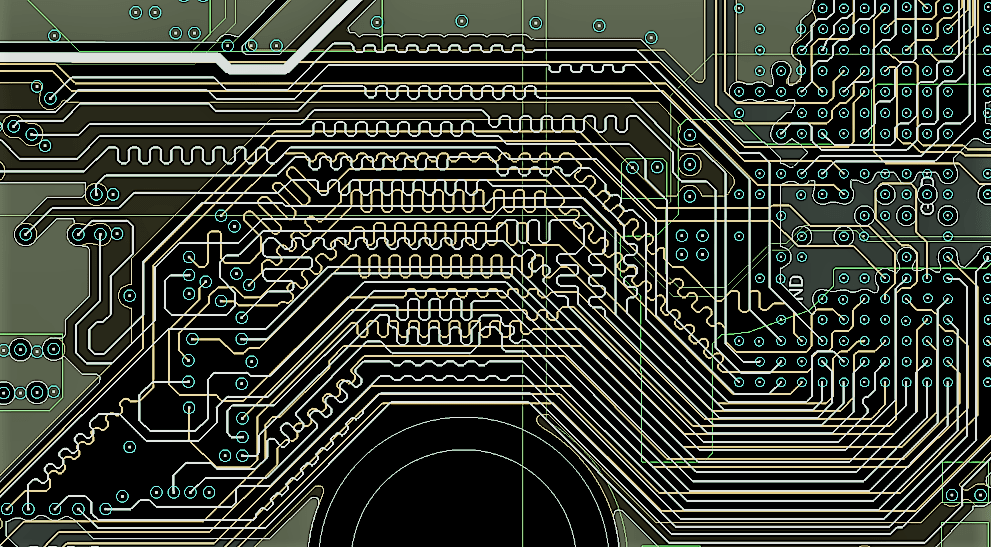 What is PCB trace?

As mentioned above, circuit board traces refer to networks of wiring, fuses, insulation, and copper that constitute PCBs. A trace is an integral part of a circuit board. Electronic devices malfunction when circuit board traces become inconsistent. If you cannot discover the problem accurately, you won't be able to restore the optimal functionality of a device.

Resistance is a popular term that has been extensively utilized by design engineers. It refers to the components PCB that resists the current flow. You need to have a clear cut idea about the trace while repairing a PCB. Several formulas and functions available that can make you feel confused.

Learn about the thickness of a PCB trace

Thickness is a very vital aspect of a PCB design. This is why electronic designers give great importance to the thickness aspect. The thickness makes a strong impact in maintaining the balance of a PCB. The balance needs to be good to keep the functionality at optimal levels. If you undermine the importance of this critical aspect, you might end up dealing with several circuit board issues.

There are different types of PCB boards available these days. You can find single-sided boards. There are also double-sided boards on the market. Last but not the least, you can come come across multi-layered PCB boards today. The track thickness also differs with each version of printed circuit board. Generally speaking, the PCB trace thickness starts with 0.008-inch. The thickness can go up to range of 0.240-inch.

The power source utilized by PCBs is direct current. So, the current passes through the copper and board wiring only once and electrons go through directly to the battery. That is how the device is powered. You can find noticeable difference as far as a printed circuit board trace is concerned. It delivers current based on the way in which the conductors and wiring interconnect with each other.

A PCB trace currents must be recognized properly. Their role is as important as the role played by trace width and resistance in developing a PCB. You must understand that without current in a particular PCB, power cannot be generated. It is extremely critical to measure trace and trade width accurately. If one error occurs in the PCB. trace account, the given device cannot work properly. This situation demands extensive repair works.

For calculations, any specific electrical currents make use of insulators and conductors. As far as PCBs are concerned, the majority of them utilize copper as a conductor. They also make use of rubber as an insulator. There needs to be a balance between the conductor and the insulator. Adequate insulation gives much-needed protection to a conductor. If it fails to do so, the power generation becomes overboard and often leads to a short circuit. On the contrary, excess insulation in a PCB fails to generate adequate power. This situation results in performance deterioration of the electronic device.

Ampere is the unit used to measure the current in a PCB. There is always a certain restriction on how much power a particular PCB can permit before the occurrence of a short circuit. This is a very vital aspect that needs maximum attention.

You must set up a relation between volts, amps, and ohms before calculating the current. The Ohms law clearly states the relationship between these three components. It clearly says that the energy is equivalent to the product of resistance and current. That is to say, V= IR. From this formula, you can derive that I = V/R. In other words, the exact current of a PCB can be determined when you divide voltage into resistance.

The current capacity of circuit board traces

The capacity of a PCB trace depends on different design factors. It also relies on material properties. You can calculate it in the design stage itself. Based on these aspects, you can lay out the traces. The majority of the PCB systems come with an inbuilt width calculator to decide the trace thickness based on the current requirements. Other factors that influence the circuit board traces current capacity calculations are loss of power and integrity. These factors help you predict the peak operating temperature and maximum limit.

How to compute PCB trace width?

PCB trace width is a very critical design parameter in a PCB design. You need to make sure that there is sufficient trace width available to transfer the expected quantity of current without causing any overheating issues or and other types of damages.

There are two kinds of calculators available to gauge the width of the trace. The most common industry standards that are highly prevalent in industrial and commercial applications make use of IPC 2152 and 2221. A trade association known as ACEI. developed these two standards. AEEI is the abbreviation of the Association of Connecting Electronics Industries. It is the organization that formulates standards for electronic equipment manufacturing and assembly.

The first one to be introduced was IPC 2221 calculator. It was not perfect tool for calculating the circuit board traces width. Several important parameters were not taken into consideration like the board thickness and board material. The IPC 2152 calculator was released in 2009 after conducting many experiments and studies. It can be described as a more efficient tool for calculating the trace width.

IPC 2152 takes into account many important parameters, including board thickness, heat-sinking planes location, the difference between external and internal traces, and many more to offer more precise results. It can also be used for multilayer PCBs.

The width calculation circuit board traces is not an easy task. There is a trace width table available that can be used to get the calculations faster. An online calculator can be used for calculating the trace width. For calculating the width precisely, you must consider many aspects. Firstly, you must have a clear idea about highest limit of current that the circuit can handle. This aspect is connected with various factors like trace thickness, trace temperature, measurement, and trace's ambient temperature.

You can generate the results when you add numbers to the calculator. The trace width figures contain trace temperature in Celsius, width in amps, power dissipation in watts, reduction of voltage in volts, and trace resistance in ohms. These figures help you find out the trade width accurately.

You can collect all these input details from the physical circuit board or from the PCB datasheet. You don't have to rely on any guesswork. All details can be found the PSB display. If you don't submit the precise numbers and measurements, the calculator won't let you make a calculation. The small size of the PCB boards forces people to use lens to gather the input information.

Firstly, you can utilize the formula; I=k*&Delta;T^0.44*A^0.725. I' in this formula represents current. It is considered a constant. &Delta;T represents the temperature change. A' stands for the PCB trace's cross-sectional area.

For discovering the width, you need to discover the cross-sectional area of the given current to pass through with optimal safety. So, you can rearrange the formula as:

The next step is to consider the PCB trace thickness to calculate the width.

How to Cut PCB Trace?

You can cut or break a PCB trace using a screwdriver, PCB scraper, and a knife. After scratching the PCB trace back and forth with the utmost care, you can remove the thin copper layer. When you perform this task, you must make sure that the surrounding traces are not damaged. So, it is always advisable to do it slowly and accurately. To cut a PCB trace vertically, it can be scratched using the corner of a screwdriver.

You can cut a circuit board trace using a knife, a milling tool, or any other device with a sharp edge. A PCB cannot be cut like paper. To remove the thin copper layer, you need to scrap a few times.

A PCB is a building block of an electronic device. Trace makes a very vital component of a circuit board. It is always advisable to have proper awareness of a printed circuit trace while repairing a circuit board. According to experienced design engineers, thickness makes a strong impact on the PCB design. It plays a very critical role in maintaining the balance of the PCB.

You should have a solid understanding about the circuit board trace current to learn more deeply about the functioning and repair of the PCB traces. Accomplished designers also know how to measure the width of PCB trace. .

Are you searching for a reliable and reputed circuit board traces expert? Please feel to contact us for any type of PCB related requirements.

Next article:Everything About Quick Turn PCB
Previous article:What is LED Circuit Board?