Everything You Need to Know About Organic Solderability Preservative

The organic solderability preservatives, also known as anti-tarnish, are organic finishes installed on copper metal through a process known as adsorption. The role of this anti-tarnish is to prevent copper from being oxidized, picking up thermal shock, or being affected by moisture. This anti-tarnish is very easy to remove using flux during the soldering of copper joints. This makes it easy to expose the clean copper parts for easier and quicker joining by solder joints.

The anti-tarnishes are made of chemical compounds that can adsorb on the surface of copper metal easily. This happens when there is good coordination between the compounds and the copper atoms on the surface, such that they will interact to form a film at the surface. 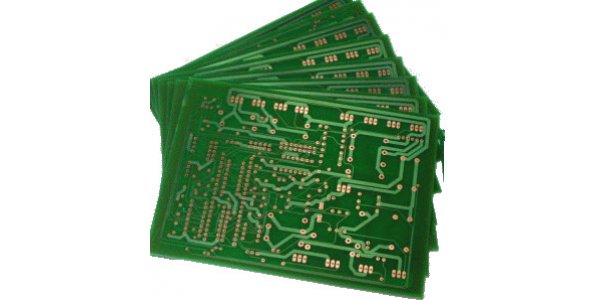 When applying these films or anti-tarnishes, the metal undergoes a defined preparation process. First, it must be cleaned to rid of oil, fingerprints, and oxidation film. The surface is then kept clean which helps to boost the quality of the finishes. Otherwise, the thickness will be uneven. Another aspect that ensures high-quality OSP surface finish films on copper metal is the concentration of the cleaning solution. The solution must undergo a chemical analysis at the laboratory before being used in cleaning. Otherwise, the solution is replaced if it does not achieve the desired cleanliness.

Advantages of OSP Finish for PCB

There are many advantages why OSP is a preferred method for preserving copper metal. These are discussed below.

Disadvantages of OSP Finish for PCB

Although there are many benefits of OSP as PCB finishes on copper metal on PCBs, it is regarded as no good for plating through holes types of PCBs. Its short shelf life of less than 6 months also proves a major disadvantage for application. Given that OSP is colorless and transparent, inspecting boards with this coating is very difficult. It also requires additional finishing processes, namely cleaning, topography enhancement, de-ionizing rinse, and other processes.

Additionally, OSP as PCB finish produces a very thin and so-easily-to-be-cut film on copper metal. As such, much care should be taken during the operation and transportation of the circuit boards. If no appropriate care is taken, then the PCB may have low solderability if the boards end up being exposed to high temperature and humidity as they always are. This requires extra care and costly methods of storage.

In particular, appropriate storage is achieved through the use of a vacuum package with a desiccant and humidity display card. Any friction between the packed PCBs should also be discouraged by placing a release paper between these boards.

Further, the boards must not be exposed to direct sunlight. They also should be stored in a relative humidity of 30-70%RH and temperature of 15-30℃. Additionally, the storage time should be shorter - less than 12 months.

Nevertheless, these color changes are caused by several things - one is contaminants after soldering, two improper soldering times and quantity of micro etching, and three preservative thickness. To prevent the problems, it is imperative to control OSP thickness, amount of micro-etching within a given range, and prevent gel residual and ink, and other contaminants from the work.

The main materials of OSP PCB are rosin, active resin, azoles, and of course the bare boards. The process maintains the copper surface using oxidation. A conveyorized technique is used to apply a water-based organic compound on the surface. The rosin coating is applied as a flux treatment.

The azoles are water-based compounds like benzimidazoles, imidazoles, and benzotriazoles. These compounds contain what is called heterocyclic nitrogen. The compounds are applied because they can better coordinate with copper atoms at the surface to facilitate their absorption at the surface. This leads to the creation of a protective film on the surface.

In addition to these materials, the surface must be rinsed with acid and other solutions, enhanced topographically.

The process happens in three main stages involving oil and contaminants removal, micro-corrosion, and then film formation as the final process. Removal of oil and other contaminants ensures the proper quality of the film formed. If oil is not removed from the surface of the to-be-coated metal then the film will be uneven. The concentration of the chemical solutions used in removing these oils is controlled in the laboratory. They are replaced if the quality of the film is not found to be good enough.

The third part of this process is called film formation. Before and after the film is formed, it is essential to do DI washing. The PH should also be kept at 4.0 and 7.0 during this process. Maintaining this PH helps prevent contamination of the film-forming solution. Otherwise, contamination affects the quality of the film. Because the thickness of the anti-oxidation film affects the welding properties and performance, it should be controlled during its creation. The idea is to maintain this thickness to between 0.2 and 0.5um. A thinner film also results in poorer thermal capacity.

In conclusion, OSP is preferred over other methods of coating PCBs because of its relatively low cost. For that reason, it has been applied where boards must be produced at a low cost. It is also environmentally conserving compared to traditional methods that used lead components. It is utilized where there are strict environmental guidelines and regulations to adhere to when producing PCBs. In addition, PCBs coated with OSP films do not present a huge difficulty when reworking. The films can easily be corrected. This is in addition to the fact that OSP offers better solderability and thermal capacity for PCBs.

It is also easy to control the thickness of the film by varying the azole compounds applied. If thick films are desired, then imidazoles are applied while benzotriazoles are applied for thinner films on PCB coatings.

Nevertheless, stringent preservation, care, and storage are needed to prevent this thin film from becoming damaged. Strict temperature and humidity control are also necessary to prevent re-oxidation, which would affect the quality of the boards. These boards also present some difficulties during inspection since the film is colorless and transparent. Hence it is difficult to identify errors in circuitry. Extra techniques are also required to maintain the quality of the film. These include micro etching, topographical enhancements, and stringent control of thickness and time parameters. The PCBs treated with this method also have a lesser storage time of fewer than 6 months.

Next article:What You Need to Know about PCB Drill Sizes
Previous article:Everything About Quick Turn PCB